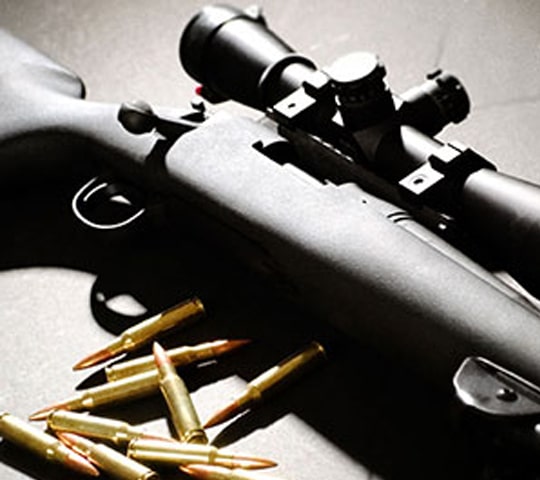 A homicide is generally considered to have occurred when the untimely death of an individual is the direct result of the actions of another. There are two types of Homicide:

In the State of Florida, Homicide Crimes include:

If it is the first accused first offense the battery charge will typically be a misdemeanor of the first degree, punishable by up to a $1000 fine, twelve (12) months jail and/or probation.

A person who has one prior conviction for battery, aggravated battery, or felony battery, and commits any second or subsequent battery commits a felony of the third degree, punishable by up to a $5,000 fine, five (5) years prison and/or probation.

A person commits aggravated battery if in the course of committing battery, they intentionally or knowingly causes great bodily harm, permanent disability, or permanent disfigurement; if they use a deadly weapon in the commission of the battery crime; or if the person who was the victim of the battery was pregnant at the time of the offense and the offender knew or should have known that the victim was pregnant. Aggravated battery is a felony of the second degree, punishable by up to a $10,000 fine, fifteen (15) years prison and/or probation.

Because Battery charges are crimes against the public and their safety, battery charges are prosecuted in a more aggressive manner than other misdemeanor crime charges such as prostitution, solicitation, or disorderly conduct.

Assault charges may associated with other types of criminal offenses, depending upon the evidence collected against you such as:

A battery conviction can only be accomplished if the prosecution can prove the act of battery was intentional, or inflicting physical harm on another was foreseeable by the accused.

A criminal “assault” is an intentional, unlawful threat by word or act to do violence to another, coupled with an apparent ability to do so, and performing an act which creates a well-founded fear in another person that such violence is imminent.

This is also commonly referred to a “simple assault”, which is a misdemeanor of the second degree, punishable by up to a $500 fine, sixty (60) days jail and/or 6 months of probation.

Because Assault charges are crimes against the public and their safety, assault charges are prosecuted in a more aggressive manner than other misdemeanor crime charges such as prostitution, solicitation, or disorderly conduct.

Assault charges may associated with other types of criminal offenses, depending upon the evidence collected against you such as:

A simple assault conviction can only be accomplished if the prosecution can prove intent; and due to the subjective nature of the alleged assault victim’s perception of what they believed was a clear and present danger. Because of these variables, in order to strengthen their case against you or force you to take a plea deal, law enforcement and prosecutors may choose to look for any evidence which may allow them to add charges to the indictment, or seek a felony assault over a misdemeanor assault charge.

In the State of Florida, weapons charges are serious crimes. It is illegal to conceal a firearm without a proper license, but if you have the proper permit you may carry a concealed firearm. However, even when you have a license, violating any restriction may result in you still facing legal obstacles, including criminal charges.

Being arrested with a firearm without the proper permit or license is a whole different situation. The ramifications of weapons charges under this condition is extremely serious; especially if you are arrested with firearm during the course of another crime.

A Weapons – Firearm Charge in the State of Florida may include, but are not limited to:

When certain felony crime charges include the use of a firearm it is important to know that the State of Florida has the 10-20-Life Statute (775.087) which mandates: