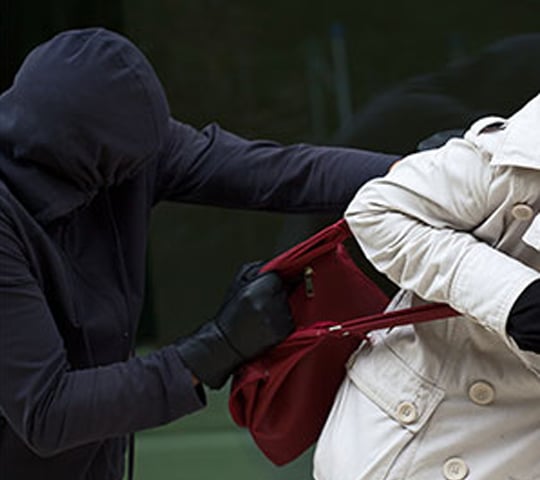 When one enters into a structure, conveyance, or dwelling without the permission of the owners, occupants, or residents for the purpose of committing any crime, they may be charged with the criminal offense of burglary.

To be charged with burglary, it is not required that the alleged offender physically performs a breaking and entering; the accused may simply trespass through an open door.

Burglary offenses are typically committed when there are no potential victims or eye-witnesses present in the structure. The difference between being charged with criminal trespass or burglary is that in a burglary, evidence must exist that:

Law Enforcement and prosecutors will aggressively seek out any evidence which supports a burglary charge, and therefore it is extremely important to protect your legal rights by obtaining the advice and representation of experience legal counsel as soon as possible.

Due to the subjective nature in many burglary cases as to the existence a crime being committed, or intent to commit a crime while in the structure or dwelling, seeking experienced legal counsel is extremely important in protecting rights and freedoms.

A Robbery occurs when an individual or group of people takes money or other property which may be the subject of larceny from the person or custody of another, with intent to either permanently or temporarily deprive the person or the owner of the money or other property, when in the course of the taking there is the use of force, violence, assault, or putting in fear.

In the State of Florida, there are various forms of Criminal Robbery:

In the State of Florida, there are two types of Criminal Theft:

In order for the prosecution to obtain a conviction for a theft crime, proof of a taking with the intent to steal must be proven beyond a reasonable doubt. If your defense attorney can show that you had a good faith belief in the right to the property it may warrant the charges to be dropped or dismissed. Additionally, the value of the property must meet the value standards of at least $300.00 at the time the property was allegedly stolen for a grand theft conviction.

In general, Fraud may be described as intentional acts of deception through misrepresentation of facts by one or more individuals for the purpose of financial gain, to obtain benefits which they are otherwise not entitled, to deprive others of their property or assets, or to receive other types of privileges, compensation, or services which the accused would not have received if the true facts were disclosed.

There are various forms of Criminal Fraud, including but not limited to:

Fraud cases are aggressively prosecuted, especially when a Government Agency is involved.

Fraud crimes may be tried in either State or Federal Court. However it is important to know that in Federal Court, the burden of proof for the prosecution may sometimes be less for a conviction than if the case is tried in State Court.

Types of White Collar Crimes include, but are not limited to:

It is important to be aware that in order to obtain a conviction, the burden of proof for Federal Prosecutors is less than that of State Prosecutors. In State Court the accused must be found to be guilty beyond a reasonable doubt. In Federal Court, a small amount of doubt may exist by the jury to achieve a conviction.