If you have been arrested for a drug crime, we can help. 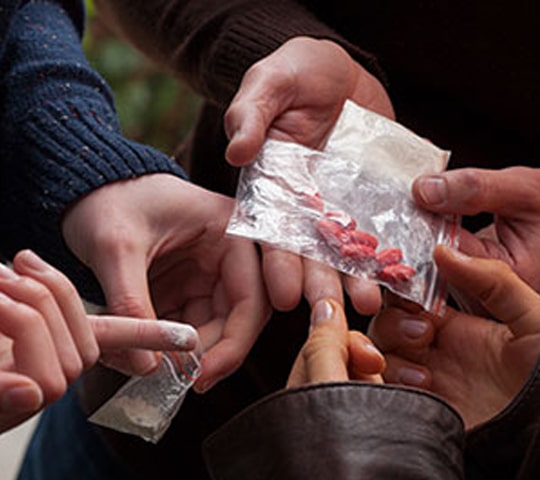 If you or someone you know has been arrested and charged with a drug crime, contact Tonelli Law, PLLC, by calling 407-900-5805, or by using our online case evaluation form.

Being charged with a drug crime is a serious matter. A conviction will have a dramatic impact on your life and could result in a jail or prison sentence, significant fines and revocation of your driver’s license.

A drug charge may include a variety of drug related crimes. From simple possession of a controlled substance to manufacturing and distribution, regardless of the type of drug related charge you face, it is extremely important that you consult with an experienced drug charge attorney – lawyer so that you are made fully aware of your legal rights and options.

From simple drug possession to drug trafficking, if you are arrested and charged with a drug crime, you have been caught in the crosshairs in the Governments Political war on drugs. Drug Crimes involve illegal drugs, illegally obtained prescription drugs, or certain other chemicals.

The degree of Drug Crime you are charged with typically depends upon:

Possession of a Controlled Substance

Under Florida law, possession of a controlled substance is defined as the ability to exercise the right of ownership, management, or control over the thing possessed. Possession may be “actual” or “constructive” in nature.

Actual Possession means that the drug is on the person accused, or is in a container on said person.

Under Florida law, it is possible for two or more persons to be in “joint possession” of a substance. In such a case, each of those persons is considered to be in possession of that article or substance.

In Florida, whether or not you face a drug trafficking charge comes down to the weight or quantity of the drug in question. All you have to do is posses a listed amount of a drug outlined in Florida Statute §893.135 to be charged with trafficking and face serious minimum mandatory sentences.

Drug cultivation is typically charged as a felony crime, and the severity of penalties depends upon the amount and type of drug confiscated. A cultivation crime may also be charged regardless if the intent was for personal use, sale, or distribution.

According to Florida law, drug cultivation is defined as the manufacturing of illegal drugs and controlled substances such as cannabis seeds or marijuana plants. It is a crime to grow, produce and possess certain plants and elements that are used to produce illegal substances such as cocaine and methamphetamines.

Drug cultivation charges are different from drug possession charges because the individual who is charged with cultivation may not possess the illegal drug in its final form. However, depending on the ingredients and key components that are found, law enforcement may have enough evidence to apprehend you. Notably, cultivating drugs is a different crime than drug manufacturing, which involves creating illegal substances through chemical or other processes.

In Florida, the maximum penalty for mere possession of drug paraphernalia is one year in jail and a $1000 dollar fine.

Drug paraphernalia may also be possessed by more than one person at the same time under Florida law. Joint possession is when two or more persons jointly possess an article, with the ability to exercise control over it. The law prohibits possession, even if the item is owned by another person.

Possession of Drugs with Intent to Sell

If convicted of possession with intent to sell, an individual can spend up to 15 years in prison, and be required to pay thousands of dollars in fines.

In Florida it is illegal for anyone to possess a controlled substance with the intent to sell it. Under the statute, “possess” means that the alleged offender was in charge of or exercised the right of ownership or control over the controlled substance. To “sell” means to transfer or deliver something to another person in exchange for money or something of value.

Some common indicators of drug possession with intent to sell include:

In Florida, there are three elements required to prove possession of marijuana:

One of the harshest aspects of Florida’s marijuana possession laws is that, to obtain a conviction, the prosecutor is not required to prove that the accused knew of the illegal nature of the substance possessed. This means that you could be found guilty of this crime even though you did not know the substance you possessed was marijuana.

Other penalties for possession of marijuana in Florida include a two-year driver’s license revocation if a guilty conviction; ineligibility for Bright Futures Scholarships and other forms of State financial aid; ineligibility for public housing and some forms of government employment; and interference with employment prospects and college applications.

Tonelli Law is here to help when criminal charges are brought against you.

If hired to represent you in the defense of Drug crime charges, Attorney Charity Tonelli will aggressively fight for your rights and freedoms, utilizing every legal resource available under the law.